You plant a gorgeous site and cover the hopes of a beautiful, thriving forest in biodegradable tree shelters. We, ecological restorers, have all been there – it’s not because it looks good, but because we want to protect these valuable resources, especially from being consumed by deer.

At times it works out, but sometimes it doesn’t. Although biodegradable, tree shelters often take many years to degrade. Some of Ecotone’s sites, still have tree shelters after over twenty years. Additionally, voles and field mice love the habitat tree shelters provide. They also love the bark of the trees that they kill when they live in the shelters. Tree shelters come with many costs – installation, material, and, unfortunately, the cost of a tree’s healthy life. When trees and shelters blow over with a young tree growing inside, the remaining tree is left to grow with deformities that greatly impact its existence.

Don’t get Ecotone wrong – we do have success using tree shelters, but all these costs got us thinking. What if, what we always believed regarding tree shelters isn’t true?

After traveling around the world and visiting places like Scotland, New Zealand, and Australia, we’ve found that better, ecological solutions exist – one of them being Behavioral Deer Exclusion Fencing.

Exclusion fencing protects future forests without harming them. Engineered to play against deer’s poor depth perception, these fences stand 5-6ft tall and are built at a 45-degree angle. While deer can easily clear this fencing, by adding the extra angle, it makes deer not want to. At Ecotone, we also train deer to be wary of the fencing installed on our sites by electrifying it and hanging peanut butter. Deer learn like we do – peanut butter that shocks, is not worth it.

Although not 100% successful, the savings are there. Say, the fence works to exclude 80% of a 100-animal deer herd. That is 80 less deer that have an opportunity to feast on a future forest allowing trees to grow naturally and regenerate. In projects where we have installed fencing, we see 70-80 percent cost savings as well.

You get better ecological outcomes with much lower cost and improved aesthetics. All it requires is to look at nature a little bit differently than we have been and using nature to restore nature. 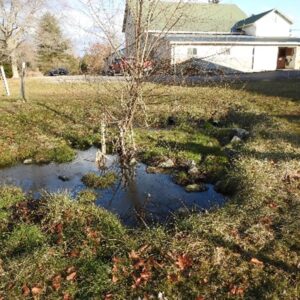 The old saying, “there is nothing new under the sun”, holds true with the rediscovery and renewed interest in the benefits of biochar.  Biochar is a carbon-rich product created by… 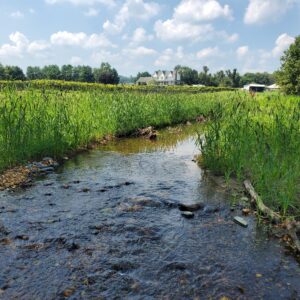 Ecotone met the Wilkerson family a few years ago when they were looking for a contractor to enhance a wetland site on their farm in Baltimore County. The Wilkersons moved…